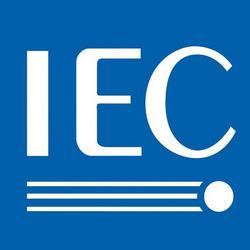 Full From of IEC Code is : “Importer Exporter Code ”. To import or export in India, IEC Code is mandatory. No person or entity shall make any Import or Export without IEC Code Number.

Application for Grant of IEC Number
An application for grant of IEC number shall be made by the Registered/Head Office of the applicant and apply to the nearest Regional Authority of Directorate General Foreign Trade, the Registered office in case of company and Head office in case of others, falls in the ‘Aayaat Niryaat Form - ANF2A’ and shall be accompanied by documents prescribed therein. In case of STPI/ EHTP/ BTP units, the Regional Offices of the DGFT having jurisdiction over the district in which the Registered/ Head Office of the STPI unit is located shall issue or amend the IECs.

Only one IEC would be issued against a single PAN number. Any proprietor can have only one IEC number and in case there are more than one IECs allotted to a proprietor, the same may be surrendered to the Regional Office for cancellation.

Validity of IEC Code No
An IEC number allotted to an applicant shall be valid for all its branches/divisions/units/factories as indicated in the format of IEC given in Appendix- 18B.

Duplicate Copy of IEC Number
Where an IEC Number is lost or misplaced, the issuing authority may consider requests for grant of a duplicate copy of IEC number, if accompanied by an affidavit.

If an IEC holder does not wish to operate the allotted IEC number, he may surrender the same by informing the issuing authority. On receipt of such intimation, the issuing authority shall immediately cancel the same and electronically transmit it to DGFT for onward transmission to the Customs and Regional Authorities.

For Applying Import Export Code in Kannauj and nearby cities Chhibramau, Gursahaiganj, Kannauj, Samdhan, Saurikh, Sikanderpur, Talgram, Tirwaganj numerous papers and details are required which calls for some Professional legal advice for Import and Export documentation, process and timely guidance. For this following legal advice provided related to IEC :-

Owing to our quality professional services, we have cemented a solid position in Kannauj.

DISCLAIMER:  PORTAL IS OWNED AND OPERATED BY A CONSULTANCY FIRM AND IN NO WAY REPRESENT ANY RELATION WITH ANY GOVERNMENT AUTHORITY OR BODY.